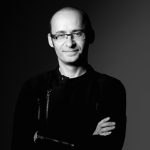 Currently living and working in Vienna, is an artist born in 1969 in Waidhofen an der Thaya, Austria. He is channeling his inspiration from modern artists, especially abstract expressionists. Combined with his affair with traditional genres such as portrait, his artwork shows an extraordinary combination of his many artistic interests.
During the time of his training as a graphic artist, Harry Ergott had many encounters with history of arts as well as various techniques and eventually he found his vocation in painting. His last series of paintings is dedicated to rock and pop icons. Oil and acrylic are here the artist’s preferred painting techniques, whereas other techniques, such as collage, serve to experiment with in order to emphasise specific effects or to show new ways of expression. Regarding his artistic approach, the artist chooses his colour spectrum in advance in order to apply it directly on the background following his innate instincts. Furthermore he implements the figurative almost as a counterpoint to his authentic creative expression and impulsiveness.
The motivic templates were chosen from the world of music since it played a very important role in the artist’s life. In his youth many hours were spent in rehearsal rooms, in the presence of record production in music studios or creating record covers. His paintings mirror his fascination and high regard toward these stage artists. Harry Ergott meticulously focuses on the elaborate formulation of faces, pose and the expression. Not only does he make the shown interpreters come to life but their music as well. 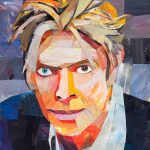 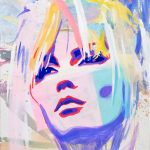 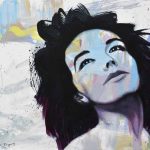 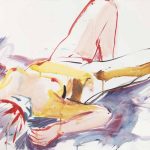 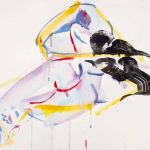 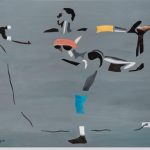 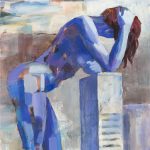