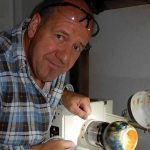 Harald Lugsteiner was born in 1961 in Innsbruck. He lives and works in Imst in Tyrol, Austria. Already as a child he had the opportunity to develop hard skills at his grandfather’s and later also at his father’s metalsmith workshop.

In his younger days he had the opportunity to experiment with textile dyes and chemicals for many years. His first major works date from that period.

Later on, with the introduction of personal computers, for several years he was devoted to digital art, before he found back to his roots in 2011.

Since then he is into artistic design of metal pictures and aesthetic sculptures which are made of metal and wood combinations. To perfect his manual skills he attended the wood carving and sculpting school Geisler-Moroder in Elbigenalp. His works are mainly privately owned and shown at national and international exhibitions.

His sources of inspiration are primarily the Tyrolean mountain regions as well as making music with friends.

With great dedication he often works at several collages simultaneously, mainly using stainless steel, copper, aluminum, bismuth and tin. For him, the most important tools are not brushes and paint but welding torch and melting furnace.

Instead of a canvas he mostly uses slabs made of sandstone, marble, granite or slate. For his wooden objects he uses unique materials like stone pine roots and ancient fruit woods where often the process of decay has progressed massively.  To stop the transience and to prepare for eternity is what fascinates him. Goals for the future: to artistically implement the various ideas in his mind and to constantly develop his techniques and manual skills. 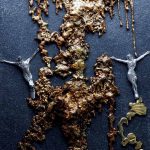 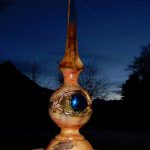 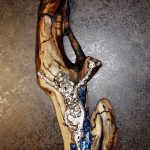 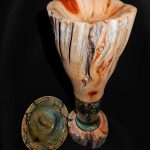 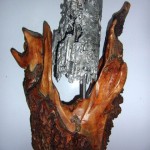 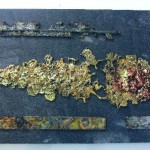 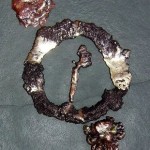 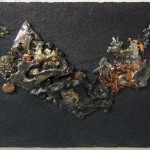